"I Need You To Fight With Me!"
Hippo Challenge #2 (read the challenge here) 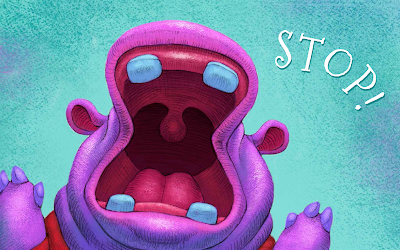 So, here's what I learned about boundaries the other day during a heated argument (the type where you ball like a baby):


Have you ever had people in your life who, over the years, over and over and OVER, conducted themselves in ways which crossed your line and triggered pain and anger from head to toe?  You felt stepped on, disrespected, and belittled?  And you hoped they'd get a clue, realize how rude they are, and knock it off?  But they don't, so you continue in your life, over and over--and over--to experience the repeated mistreatment.  You stuff your feelings, wear fake smiles to sustain the Chesire Cat beyond his nine lives, and return home venting the problem to your roommate - a story they've heard hundreds of times.

Well, this happens to me a lot (shocker).  One day my friend after listening quietly, who had heard similar stories a few lots of times, suddenly spoke the hard truth.

She was right.  I knew it.  It's been on my mind ever since.

So, two days ago, a couple weeks after I'd finally made my feelings known to one of these people in my life after many years, I was in the midst of the ongoing argument that followed.  Something that rarely happens in my life - I usually play things safe.

As we began our discussion, I told this person what I didn't like, what I didn't want her to do, and why it hurts me.  Hip-hop went my lip.  Her response proved my friend's point exactly. "Gin, I need you to tell me sooner!  I don't WANT to hurt you.  Now I'm afraid to say anything to you because I can't trust you to put me in my place.  You gotta tell me to shut my mouth!  I need you to fight with me Gin!"  Although I don't really want to fight per se, she was pleading with me to tell her to shut up when I felt the need, to give her boundaries so she feel safer knowing that I'm helping her keep me safe.  I was so surprised, though I really shouldn't have been.  I had nothing else to say at that point except, "I know.  You're right."  She was right.

She then asked how to know what she can/can't say.  I responded with a clear rule/boundary, of how she is allowed to treat me from here.  And do you know what she said?  With great relief in her voice, "Thank you.  Okay.  Good.  Thanks, Gin.  That helps me, thank you!"

Hard lesson to learn!  All these years, all the pain I've experienced... is because I didn't give myself boundaries.  I took the victim role.  Really I had every ability to accept kindness and respect from someone who cares about me very much.  My feelings were my responsibility and I bailed on myself, I didn't speak up, and that is nobody else's fault.

Imagine how Hippo's experience could have been different had he set boundaries for himself at the beginning.  Boundaries such as, "Nobody can come into my physical space and jerk me around, even if they think they know better.  And if they try, I will tell them not to touch me and I'll walk away." 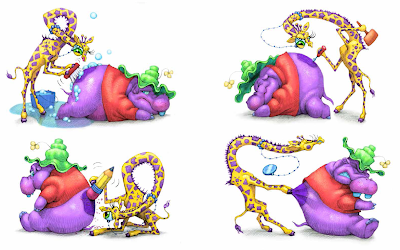 That's what boundaries are.  A clear definition for yourself which defines the respect/treatment you expect from others, and also includes something specific you will do if someone attempts to cross the boundary.

So.  That's what I learned.  Embarrassing, again, but a promise is a promise.