Written and illustrated by Ginny Tilby

You Should, You Should!
In The Making 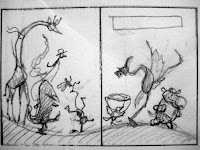 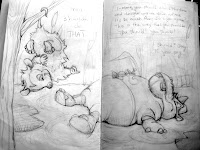 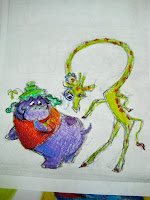 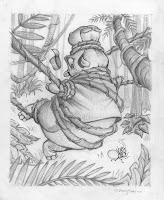 You Should, You should! is my first children's book and was published by Familius October 15, 2013 then reprinted in paperback format in 2017.

I documented the entire process (below) so you can watch it evolve from rough draft to polished manuscript, from raw ugly sketch to colorful finished painting. You will also find the adventures of worries, fears, excitements, successes, all things publishing, and more.

Your comments and suggestions along the way have helped me immensely - I can't thank you all enough!

The Writing & Illustrating Process
In Order:

How did I come up with the idea for the story?

I actually was in the midst of severe anxiety, depression, counseling, and studying like crazy about something called "Codependency" Which finally explained years of habits and obsessions I couldn't seem to drop, and weaknesses I couldn't seem to overcome. As the time to consider my Senior Capstone Project approached, I decided to write and illustrate my own children's book. First I needed a story. Learning to become a person who doesn't eat sleep and breathe for the purpose of pleasing others was my main focus at the time, and I thought of how I rarely lived by choices, I lived by imagined "shoulds" and making others happy. I realized I did anything just so people would like me, even painful and uncomfortable things, all with a smile. I thought, if only I'd learned this lesson of giving merit to my own wants and feelings as a child, I might have avoided a lot of grief and enjoyed much healthier friendships. Thus, this little story idea was born.

I chose a hippo because he's perfectly awkward, yet totally cute. He's huge. Eats messy. Doesn't have hair (much). Not super agile. I figured, a codependent hippo would easily hyper-focus on all these reasons why he's not important enough to be loved unless he's pleasing others. But a confident and healthy hippo would quickly see the asset he is and love being in his own skin. He wouldn't waste a minute comparing his differences with others. He would know it's okay to say how he feels and assert his wants and needs.

While in therapy, and therapy is what inspired this book, I might as well share with you what I learned and how it relates. Maybe I can help someone else along the way.